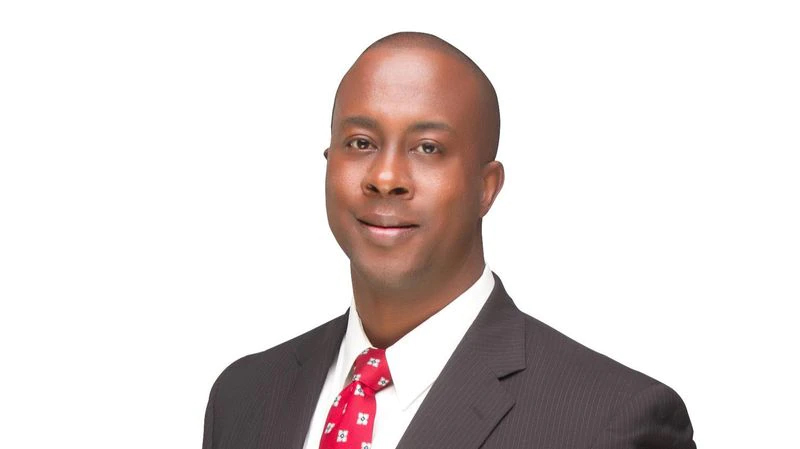 Palm Beach County School Board member Debra Robinson has been in office long enough. She considered picking Edwin Ferguson, above, to be her successor. But that’s a call voters should make — and they should make it now. (Edwin Ferguson / Courtesy)

Palm Beach County School Board member Debra Robinson has a long record of advocacy for minority students, but she has been in office long enough.

Robinson, a medical doctor, has served on the board for 18 years. She represents District 7, which includes most of the poorest neighborhoods in coastal Palm Beach County. She’s running against attorney Edwin Ferguson for another four-year term in the Aug. 28 primary. Only residents of the district can vote in this race.

The Sun Sentinel Editorial Board recommends voters choose Ferguson, 41, who would bring fresh eyes, energy and ideas to a district in need of more attention.

During their joint candidate interview, Robinson, 61, said she thought about not running for re-election in 2014 and again this year. But she decided against retiring both times because she was unable to find and groom a suitable replacement.

Essentially, Robinson was saying she wants to choose her successor, who ideally would run without opposition. It was clear she had considered Ferguson. But after he expressed interest, she pulled back. It appears she thought he was getting ahead of himself.

The decision of who should serve District 7 belongs to the voters, not to Debra Robinson. And given her ambivalence about remaining on the school board, voters should choose someone who’s all in.

Robinson casts herself as the board’s leader when it comes to the district’s most challenged students and certainly, she has the record.

In the early 1990s, Robinson chaired the education committee of the NAACP’s West Palm Beach branch. She was a founding member of the Coalition for Black Student Achievement and also chaired that organization. Those efforts created the community support that got Robinson elected the first year single-member districts took effect.

For all of Robinson’s advocacy, however, Ferguson points out that nearly 42 percent of elementary schools in District 7 are below county proficiency standards. No one can know whether anyone else could have done better, given the test-happy, charter school-friendly politics that have harmed education since Jeb Bush became governor. But the numbers are what they are.

“Dr. Robinson has had her moment, but we haven’t had an energizing movement,” Ferguson said.

Ferguson taught in the district for two years before going to law school. He has no other direct experience in education or education policy. And Robinson calls his critique of her plan to improve standards for the Voluntary Pre-K program “a good argument for the uninformed.”

Yet even those with Robinson’s background have learning periods as they adjust to the demands of being policymakers on every aspect of school district operations. And when Ferguson ran for the Florida House in 2016, education was his priority.

The teachers union endorsed Ferguson that year over two candidates who had held elected office. Ferguson talked then about low teacher pay, excessive testing and legislative policies that benefit charters over traditional public schools. All remain key issues. And he makes good arguments.

Closing the minority student achievement gap is vital for the district. As Palm Beach County becomes more diverse, however, the district and board must broaden their focus to groups beyond African-Americans.

One way would be a hybrid system of school board elections. As it is, voters get to choose only one of seven members. Having four single-member districts and three at-large districts would give voters more clout and make minority achievement an issue for more board members. The current system has benefited Robinson, but her district would benefit from having more champions on the board.

“I am not out of gas,” Robinson said.

After nearly two decades, however, experience can lead to entitlement.